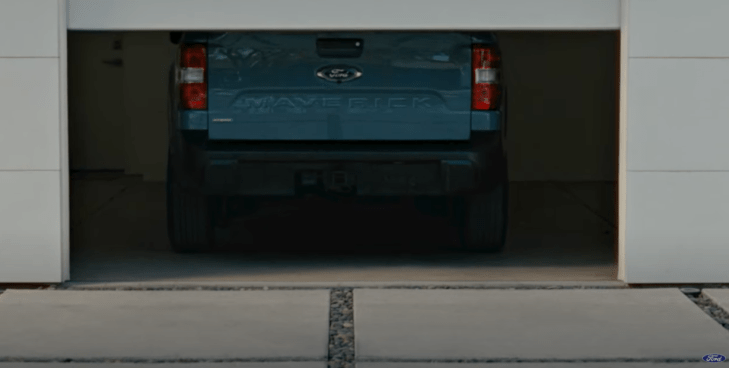 Ford is adding a new entry-level truck called Maverick to its lineup as the automaker seeks to offer pickups at every price level in this increasingly competitive market.

The company said Thursday it will debut the vehicle June 8, including on its new Tiktok channel. The automaker tapped actress Gabrille Union to do the official unveiling, which will largely occur on social media. Union will show-off the all-new truck on her own Instagram and TikTok channels, on Ford’s social channels as well as on Hulu.

Little was seen of the vehicle, just a one second glimpse of it in a teaser ad on YouTube. From the photo, it is obviously a Ford and a compact one. The rest of the details will have to wait until next week, unless they’re leaked between now and then.

In Ford pickup hierarchy, that means the Maverick will sit under the mid-sized Ranger and F series models. The Ranger XL, the most affordable of the trims, starts at about $25,070 before destination fees. That means the Maverick should start at least few thousand dollars below that figure.

The automaker didn’t provide any more details about if it would be a hybrid, electric or gas-powered vehicle. However, noting the direction Ford has taken recently with the hybrid F-150 and the recently revealed all-electric F-150 Lightning, it’s likely that there will at least be a hybrid version offered.

As a reminder, the Ford F-150 is the profitable cornerstone of the U.S. automaker’s business. By adding in an electric sibling to the lineup it seemed like perhaps all the boxes had been ticked. But Ford wants to capture that entry level market of customers who want a pickup that is affordable and more suitable for city living.

Canalys Foresees That Smartphone Shipments Will Grow By 12% In 2021

10 Best Resorts in Malaysia for Couples on honeymoon

5 Best Places to Visit in Malaysia with Family

Making sense of the $6.5B Okta-Auth0 deal

The Malaysian Daily is your news, entertainment, music fashion website. We provide you with the latest breaking news and videos straight from the entertainment industry.